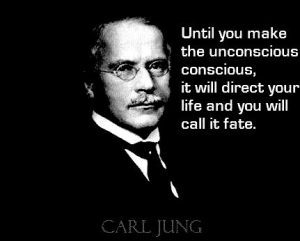 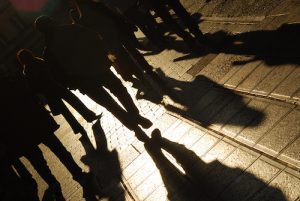 The existence of a mind virus

that plagues all of humanity – every man, woman and child – at first may seem like a far out concept, but it’s an idea that has been around a long time in a lot of different cultures. Religion has grappled with the problem of evil for aeons. Deep down the rabbit hole of conspiracy research you will eventually get to the same theme – that there is some dark force coordinating the many nefarious schemes and agendas we witness daily in our world. Although there are definitely outside beings and forces coordinating these agendas, including the hybrid royal bloodlines, negative ETs such as Greys and Reptilians, discarnate entities such as Djinn or Archons and some kind of self-aware AI, we ultimately have to ask ourselves: is this evil actually a real force outside of ourselves, or is it rather the collective unconsciousness of humanity that appears as its own force and entity but is not? Are we infected with an actual mind virus installation, as the shaman warrior Don Juan of the Castaneda books suggested? Or are we facing the collective shadow, the disowned, unloved and unacknowledged parts of ourselves, which have been shoved down and repressed so much that they have become twisted and emerged as a monster appearing as its own lifeform?


Paul Levy on Wetiko, the Mind Virus of Humanity

It’s a big question, and the answer is not necessarily one or the other. I was recently impressed when watching the book release presentation of Paul Levy, who authored Dispelling Wetiko: Breaking the Curse of Evil. Paul shows a deep understanding of the mind virus theme, and explores it by talking about wetiko. Wetiko is a native American Indian term describing evil spirits. According to Paul, wetiko is a mind virus, but unlike other viruses, it won’t mutate itself. It forces us to mutate by tricking us into identifying with it. Like any virus, it needs a host to survive. As Paul writes in his article The Greatest Epidemic Sickness Known to Humanity:


“Wetiko is a virulent, psychic pathogen that insinuates thought-forms into our mind which, when unconsciously en-acted, feed it, and ultimately kills its host (us). It doesn’t want to kill us too quickly however, for to successfully implement its agenda of reproducing and propagating itself throughout the field, it must let the host live long enough to spread the virus. If the host dies too soon, the bug would be prematurely evicted and would suffer the inconvenience of having to find a new residence.”

This, of course, is virtually identical to what Don Juan had to say about the Mud Shadow Flyers (Archons):


“Indeed we are held prisoner! This was an energetic fact for the sorcerers of ancient Mexico … We have a companion for life … We have a predator that came from the depths of the cosmos and took over the rule of our lives. Human beings are its prisoners. The predator is our lord and master.”
“The predators give us their mind, which becomes our mind … It has rendered us docile, helpless. If we want to protest, it suppresses our protest. If we want to act independently, it demands that we don’t do so.”