Our Maternal and Paternal Abandonment 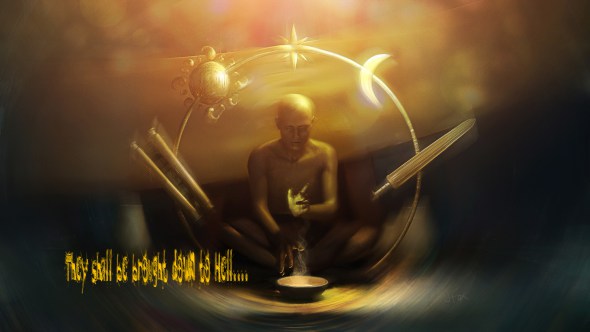 When a child feels abandoned, he seeks to quantify this trauma in various ways, but most often, it creates devastation in the mind.
This is also referred to as the assault or abuse cycle/program, the Co-dependency syndrome4]
This could explain why most emotionally sterile companies use bullying techniques, Interference with food and genetically modified foods grown and distributed everywhere.

Vaccinations, causing great disruptive ill conditions in man, Yet Man stand still quietly accepting them, The general dis- ease of the mind is to expect someone else to fix it, the abandonment issues.

The vilification of those who try to assist. These are a few examples of how the Artificial Intelligence Conditioning has taken off inside of the human species. Don’t care, don’t want to know. Stimulated by apathy and a cold hearted robotic response, to not get involved.

It is not only the Elitists that have adopted Eugenics 3] as a coping skill, but by not becoming involved and to look the other way, while someone hurts another makes you a wholesome partaker of eugenicide….

Our children will destroy us because we have taught them to not care, because we rebel against our fore fathers…
Frankenstein’s creature of sentient origin ends up destroying the very essence of his father, his creator.
This is the path of Transhumanism where we allow ourselves to be recreated by our very creations, our machines, allowing this violates another law or principal of nature, and this is Care.
The ability to care, separates you from the cold robotic heart.
A warning that it is the soul that determines depth to consciousness and not the body or its contents.

This cold hearted condition is inside the DNA. History shows us that Human behavior has revealed this aspect over the centuries.
Two elements must be taken into consideration:
By expecting another outside source to come and save us, only gives us the excuse to not take responsibility for ourselves. Transhumanism comes from the already created ideals of the programmed system or matrix within man.

Transhumanism is a cultural development, based on “the belief or theory that the human race can evolve beyond its current physical and mental limitations, especially by means of science and technology”. This program or matrix cannot be changed unless Man changes himself. This Artificial Intelligence has always been within man, and one can see it in behavior and the psychopathic and sociopathic tendencies, to rape a child is an artificially created choice, it is not a choice of the Spirit, but of a corrupted or damaged Soul.

The initial abandonment aspect has to do with the fact that our star parents or keepers came, and abandoned us on this planet. This issue  is embedded in every Principal Law Of our Universe, The Process to bring all elements together in a sort of Hive Mind Construct. Duality is maintained and Assimilation is created, followed by Belief systems
All is Mind – Using Universal Law to Program Humanity into a False Positive
The Universe is Mind/mental, the first Principal that All creation is based upon. False ideas are created using the principals of the natural law, thus creating a false positive. It is only FALSE when the Effects are seen. In other words a FALSE or ARTIFICIAL response or reactions , It is also SIMBIOTIC and feeds as it runs parallel with the original Principal-All is Mind., but reflects a false ideology, such as Bad behavior gets rewarded, bad judgement calls, be it to allow sexual exploitation and or to allow one’s own sexual exploitation and feeling justified by this.

This where the initial breakdown of the mind also takes place, better known as Mind control and MK Ultra, Breaking Down the mind to allow the brain to create new paths to bridge the broken paths.
The 10th science otherwise known as MK Ultra, using spiritual things to control people. The End product in human form is an Artificially Created Intelligent being not necessary out of silicone but in organic form or better known as a golem: “A number of the Illuminati bloodlines (and sects) that are involved in trauma-based total mind-control are Ashkenazi Hasidic bloodlines. Legends abound from the 15th century onward about how the Ashkenazi Hasidic leaders created golems to serve them. These golem have been called “benevolent robots”. For those readers who are unaware of where the word golem came from, it is used once in the Word of God in Ps 139:16, “Your eyes [God’s eyes] saw my substance, being yet unformed. And in Your book they were written, the days fashioned for me.” This is believed by the Kabbalists to refer to Adam when he was only a body without a soul.

Golem are believed to be soulless bodies. One can almost hear the rationalization in medieval times when torture, and black magic or a trance state ended up creating an alter personality that this magical part was viewed as soulless, because it was only created via magic. This personality (alter) didn’t exist like real people, it was merely a golem in the magicians’ eyes–therefore it could be abused or used as a robot, because it was soulless. The use of Cabalistic black magic in mainline Illuminati programming in the deeper aspects has led this author to believe that during the torture of Jewish people in the concentration camps–Dr. Mengele was assisted by some Ashkenazi Hasidic black magic adepts who gave him some of the secret names of God. The Cabalistic magic viewpoint is that there are creative powers intrinsic in God’s names. God’s names are used by the Illuminati for such alters as the gems (jewels) from which other alters are created. For instance the gems will be tortured while Cabalistic black magic is employed to create more parts.” 8]

The planet was initially created as a balanced elemental structure.
The Frequencies are based on thought, intentions, sound, light, rhythm and vibration.
at July 13, 2016