The Soul
The Soul is the master of a man’s life, it lets man experience everything. This essence that reminds us of having a conscience, this element that is not visible, that can die if not looked after, that can become corrupted or abused. Without the soul’s participation, all faculties will be sterile.

It must be distinguished that Man/Womb-man is a creation based on a Trinitarian basis. (It was so noted that the body consists out of The Trinitarian Creative Source) which formed man as a Tripartite Creation: Spirit/Soul/Body within male and female .The soul is thus separate from the spirit and is a discerner of the thoughts and intents of the heart and heart of understanding.

The Soul is where the crux of the cause comes in, the problem is that it can be destroyed or injured. This can be done either through self-abuse, such as overriding ones’ own morals or the many malevolent external and internal, nocturnal, or occult faculties.

Magical practices or mystical experiences. By using our Divine gift and perverting it to hurt another. 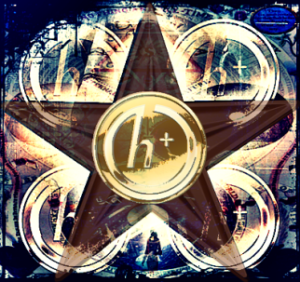 Factors that Form the basis for AI Symbiosis

This is yet another artificially engineered structure as it uses the social tendencies of what is natural to man, to be part of a group. Utilizing the Natural Law and inverting each one to fit a new program, one of mental programming, physical abuse. Prior to this, man in his natural state was not a loner but a creature that needed to belong to either a tribe, a company or a hub of social security…Today these habits are generated through the media and man seems to have lost touch with his inherited tendencies.

These social security hubs are now in the forms of social media, chat rooms, groups, pacts, companies, turn of the century societies etc…Old Archetypal Deified cults. Created to reduce or over stimulate the psyche/spirit of man as a species. Breaking your spirit or overstimulating you, tweaking you on all social levels, reintroducing to you in your mind and your thoughts, that you need to adopt the same principle as the product of your trans humanist father.
Paternal abandonment plays a strong role in psychopathic and sociopath behaviors, the deep spiritual root of feeling abandoned by a father or masculine aspect, this masculine element within all human beings.

Due to this abandonment we have therein also destroyed the feminine aspect within us, as this is the part of the 6th sense that connects to our souls.
Thus when we are feeling abandoned by our sacred masculine and feminine polarities we have gradually placed ourselves in an orphaned state of the eternal wounded child, and will try to seek these polarities outside of us, degrading our internal own self.

Looking only at a few examples, we see the sick-mind syndrome and its effects everywhere, murderers, psychopaths and sociopaths. It is apparent that all human life has been controlled and reduced over time to stop thinking for his or herself to not question authority, to exploit one another and to hurt one another in immeasurable degrees and renewed ways on a daily basis.

The Reduction of the Will of Man, chipping away at the basic fundamental rights of morality, lacking the ability to say No, to NOT accept these conditions… that which comes with great difficulty and sometimes a great price is exacted, a blood and spirit frequency war, at this very moment. Mind control and ultimately Social Engineering to change the free will, to no will.

Silent wars- the malevolent oculists preying on children, women and men, victimization’s, the Chem trails, black goo, Illuminati, Nanotechnology, the false flag operations, ET invasion-Military Trigger fingers- the continuous fear mongering and bullying in multimedia, the manipulation of technology to destroy and control, these are power trips that again point out An Artificially Created and Socially Engineered construct of Chaos.

This Chaos is created to allow the New World Order construct to surface, it must be wanted or asked for, this is similar to inviting a vampire into your home, it cannot come in on its own, and it must be giving permission. Does this not mean that Man still has a right to allow or disallow certain things?