Wetiko Making Us Look Outside: A Trick or a Gift?


“Is wetiko destroying us or waking us up? It depends on how we dream it. It’s a dreamed up virus.”
“If we don’t recognize what it is showing us, the gift it is giving to us, then it will kill us. It’s like a lethal mirage. But once we recognize it, and identify it and its tricks, then it will dissolve into the nothingness from which it arose.”

Left unchecked, the mind virus runs rampant, and can destroy your life and bring you untold suffering and misery. However, if the mind virus has no will or existence of its own, then it is really YOUR life force, trapped and distorted, which is wreaking the havoc. Paul suggests that whether we look at wetiko as a cunning enemy out to destroy us, or a cheeky challenger out to prod and poke us into a fuller awareness, is a matter of perspective. Obviously, it is more empowering to view the created situations and outcomes of the mind virus as gifts rather than as curses or burdens, because the former view may spur us on to become better people, while the latter may lead us to anger and hate. We do, at least, have that much choice, but unless we are already a fully awakened or enlightened individual, we do not yet have the choice of whether to invite wetiko into our lives or not. It’s already here, and it’s not going away, unless every last speck of shadow is fully acknowledged.


How Do We Defeat Wetiko?

“The only way to defeat wetiko is to find the place inside of yourself which is invulnerable to wetiko. If you fight it, you become it.”
“How do you deal with a demon? Find its name. Once you name it, it loses its power.”
“Imagine waking in the dream and putting together your dreaming power with other awakened individuals.” 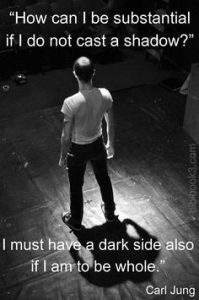 The way to defeating wetiko lies in the realization that it only has power when it is hidden. The mind virus hides by tricking us into judging and labeling, and by identifying with form/matter not the more real energy/consciousness. The solidity of the world is illusory and is just a product of our consciousness. We become attached to our identity, but in an ever-changing world where things never remain the same, this is a recipe for suffering. We get tricked into thinking we have to defend some mental position or some idea of ourselves, when in the end it’s just a waste of our energy. We get fooled into thinking that we have to fight something to change it, when the very act of fighting creates a resonance field with that which is being fought, and by doing so we strengthen it and become it.

When Paul talks about “finding the place of invulnerability within” and “naming the demon”, he is not saying anything that great spiritual teachers and prophets have not already said. Many of them have stressed the importance of meditation, inner silence, of becoming the watcher or observer and distancing yourself from that insane voice in your head. To name the demon is to be the watcher. To be find a place of invulnerability is to remember Who You Are – an individuated but powerful part of All That Is.

Overcoming the shadow is all about integration, not destruction. You can’t destroy the “dark side” – it will be always be there as part of the whole in contrast to love, so that we can know what love truly is. The spiritual path is about healing whatever split we hold within by integrating the disassociated parts of ourselves into a fully aware whole.
at July 13, 2016