What is the Origin of Wetiko?

“The origin of wetiko is the psyche, the collective unconsciousness.”
“[Wetiko] synchronistically explicates itself through the medium of the outside world … it’s as if this virus that’s in the collective unconscious somehow extends itself and actually configures outer events so as to … express something that’s happening inside of us.”
“It works through the unconscious, the blind spot, the shadow. It acts itself out in life, yet hides itself in the process.”

This is a brilliant way of encapsulating the essence of the mind virus. It is a master of distraction, making us look outside of ourselves and find issues and problems there, rather than looking within. We find people or groups outside of ourselves that match our projections of evil or darkness, then falsely believe the darkness is (only) outside of ourselves. This becomes a self-perpetuating feedback loop where we become unwitting propagators of wetiko.
These ideas are exactly in line with what famous psychologist Carl Jung said about the shadow. Jung said that, “Until you make the unconscious conscious, it will direct your life and you will call it fate.” The qualities and aspects that we don’t like, acknowledge or love in ourselves are the ones we judge, criticize and attack in others. Yet, on an ultimate level, your world is a reflection of your inner state. 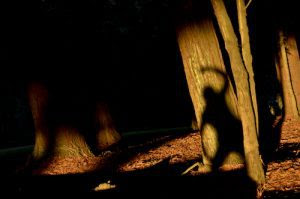 “Wetiko doesn’t ultimately exist. It has no intrinsic objective existence, yet it can destroy our species. Wetiko is a blindness that believes it is sighted, and arrogantly believes it is more sighted than anyone else (in the land of the blind, the one-eyed man is king).”

Paul believes that wetiko has no fundamental ontological existence of its own. Yet, if this true, we have to be careful not to be lulled into a false sense of security about the mind virus. Just because it may not independently exist does not mean it is not powerful. Some people get so overtaken by the shadow – falling into depression, addiction, compulsiveness and schizophrenia – that they are driven to suicide. This mind virus is undoubtedly strong enough to drive some people to kill themselves just in the hope of becoming free of it.
Interestingly, this concept of “the one-eyed man being king in the land of the blind” has also been cropping up lately in the work of David Icke. David uses the metaphor in his latest book The Phantom Self to describe the mind virus as a type of AI computer virus which has hacked life itself. He also labels it blind, saying that the only way it can gain the upper hand over us is to bring us down to below its level, since if we both operated at maximum capacity, the virus would be no match for us.
Paul also describes the wetiko mind virus as a vampire, which is another symbolic entity, not a real thing:


“A vampire is not a human figure, but rather, is a soulless creature, a being who has lost its soul … One of the undead, a vampire is death taking living, human form. The wetiko virus is ultimately not a living life-form, but rather, a living form of death. Wetiko, like a virus, is “dead” matter; it is only in a living creature that viruses acquire a “quasi-life.” Members of the living dead, vampires are neither truly alive, nor truly dead. Like a full-fledged vampire, “full-blown” wetikos have forfeited their humanity, becoming a conduit for the impersonal, transpersonal and depersonalizing wetiko virus to incarnate through them.”

It is written that a vampire cannot see its reflection in the mirror (more symbolism). That is because it is not solid or “real”; it has no soul, life force or consciousness which animates it; it is a virus, parasite or shadow which owes its existence or sustenance to another life force off which it feeds.
at July 13, 2016