We Have the Tools to Fix it ALL

Many P Hall : ” the human body is identical in law, identical in principals, differing only in magnitude,….the human being himself plays the role of the Sun ”
And every planet in the Solar System…
We are Microcosmic in a Macrocosm…We as human beings are the mirror images of the greater cosmos and in our existence, we experience the Creator not as a singular deity but as a cosmic consciousness….an aspect of creativity.
This Creativity is not only the physical manifested elements or the organic compounds or the sea or land, but it is also the
unseen worlds, the visitors from outer worlds and the darkness..The War like minds of the warlords, where there are the bloodless overthrowing of corporations or the purposeful bloodshed to increase capital.
Be it terrorism or war…There is always something to gain.
THE KEYS TO THE RESTORATION
In all of my research I came to a few points that are clear for the mind to see, There is no agenda nor is there any type of control nor is it tied up to any cult or occultism.
This is based on the finding of Manly P Hall, I give credit to him and all I am going to discuss with you is how to do it, and how you can restore many elements to a natural point of existence as this planet belongs to humanity and all other earthlings that are consciously existing on this planet, be it extra terrestrial or terrestrial….
All who are on this planet at this current time… 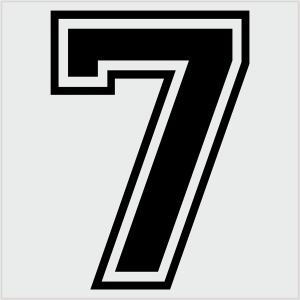 STEPS TO THE DESTRUCTION OF THE PROGRAM
To understand these 7 steps , we must take in our thoughts that we are the exact replica of our Creator…
We exist as the First Born Son or Adam…This means , when spirit became matter it was the
When we implement these Steps into our lives , through meditation, We become the Christ element….or the Second Son, and We are the Ones who will and can save ourselves.
Taking Responsibility for ourselves will stop the negative program, you know the very program that shows how Illuminatists are messing with us…
We are seeing their arrogance around every corner, on every screen…expressed in every way through music…So I am trying to show you the magic that they are using and that is was never theirs to begin with…
There is a great awareness that will come through becoming aware when you apply these thoughts.

The Universe is alive it is visible and invisible, filled with light and dark light ,this light is also known as dark matter,that which absorbs light, and man is the Infinite Potential of his own creation.
Everything is circular, this means all moments are time based and move forward in a cyclical manner because time is cyclical. Space is linear and thus exists as multiple events at the same time.
These Cycles are programmed with events to announce whatever the agenda may be.
This means what you believe you create, if your agenda is positive , that event particular to you will be positive.

This is the last point of where one comes into his own Presence, The I AM That I Am.
These 7 Steps represent the 7 Planetary aspects of the universe, Remember you are a microcosmic universe inside a macro cosmic universe.